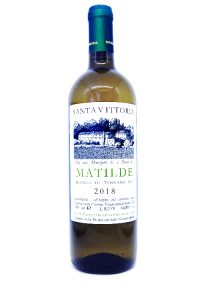 Incrocio Manzoni or Manzoni grapes is a family of grape varieties named after Professor Luigi Manzoni (1888-1968) of Italy’s oldest school of oenology located in Conegliano, in the Veneto region. Manzoni created the new grape varieties by selecting, crossing and grafting vines from various vineyards during the 1920s and 1930s. The family includes both white and red grape varieties. Although most Manzonis are grown in northeastern Italy, they are mainly grown in the Piave area of Province of Treviso and are only now starting to be sold commercially in Europe and the United States.

Manzoni bianco or “Incrocio Manzoni 6.0.13”. It is a white variety which is a cross between the Riesling and Pinot blanc grapes that was created through a series of trials between 1930 and 1935. In 2005, it was suggested that Chardonnay, instead of Pinot blanc, was the second parent of Manzoni bianco, but DNA analysis has shown that Professor Manzoni’s original cross is, indeed, Manzoni bianco’s parentage. The grape is also known under the further synonyms of “I.M. 6.0.13”, “Incrocio Manzoni 6.0.13”, “Manzoni 6.0.13”, and “Manzoni Bijeli”. From its parents, Manzoni bianco inherited an adaptability to various vineyard soils and climate conditions. It also has strong resistance to many viticultural hazards including the apoplexy grape disease esca, powdery mildew and sour rot. Like Riesling it is an early to mid-ripening grape variety. In 2000, there were 9,555 hectares (23,610 acres) of Manzoni bianco in Italy, mostly in the Friuli, Trentino, and Veneto regions, but plantings of grape have since spread southwards, so that it can now be found in Calabria, Molise and Apulia. The grape can be used for blending into the white wines of the Colli di Conegliano (at a minimum of 30% of the blend), into Trentino bianco DOCs, and as a varietal in the Vincenza DOC. Producers in the Vigneti delle Dolomiti IGT of northeast Italy have also experimented with various varietal styles, including both spumante and frizzante sparkling wines made from late-harvest grapes. Outside of Italy, Spanish winemakers in the Penedès region of Catalonia have started to plant the variety, making oak-aged varietal examples of the wine. According to Master of Wine Jancis Robinson, Manzoni bianco is considered to be the most successful and highest quality crossing produced by Professor Manzoni. It is usually made as a dry wine but producers have been making more full-bodied off-dry styles in a manner similar to how German winemakers treat Riesling. Varietal examples of Manzoni bianco tend to be rich and highly aromatic with notes of honey, jasmine, lime, orange-peel and verbena.